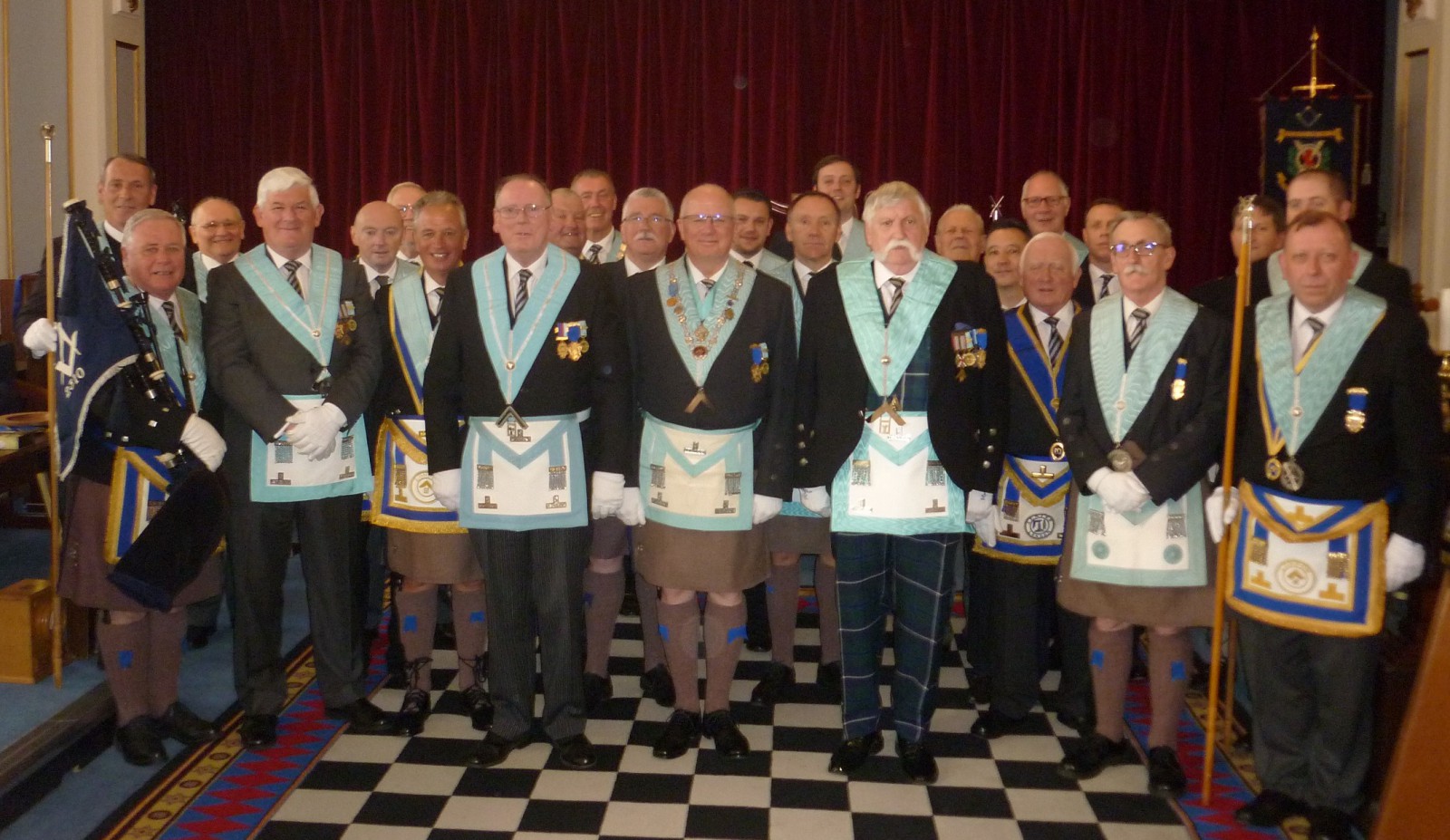 The Lodge has had many prominent members who achieved high status in civilian life as well as senior office in Freemasonry. Whilst too many to mention one member must be singled out, Alexander Fleming,the discoverer of penicillin . He had joined the London Scottish Regiment in 1900 and continued to serve in the ranks until the First World War when he was commissioned into the Royal Army Medical Corps. He was initiated into the Lodge on 16th March 1911. Whilst never Master of his mother Lodge he was to reach Masonic eminence as RWBro Sir Alexander Fleming MB MS FRCS FRE PGW PGSN(RA). In 1948 he was elected an Honorary Member of the Lodge. He described his days with the London Scottish as the happiest in his life

The Lodge has met at various venues during its long history. Initially meeting at Mark Mason’s Hall, Great Queen St it moved to the Criterion, Piccadilly Circus in 1891 where it met for the next 35 years until 1926 when it moved to the Café Royal, Regent St. In 1969 it moved to the National Liberal Club, then to the Duke of Yorks HQ, Chelsea, the Café Royal (again) and then Freemasons Hall until moving, as a founding member, to the new Central London Masonic Centre at Clerkenwell Green, EC1 in 1979. It remained at the CLMC until its sale and closure as a Masonic centre in 2013. The Lodge then moved to the replacement centre in Lever Street, EC1 in January 2014 and upon that closure to Mumbai Square Restaurant, EC1 in January 2015. In November 2016 it moved again when it returned to Mark Masons Hall, now in St James St, SW1. The Lodge is now back in it’s historic home, The City of Westminster.

Freemasonry is about sharing a common desire for charitable support and following a high moral code. It is a male-only society, focused on following the three core principles and improving oneself and others. Our society is open to men of any race, religion, political belief and status.

One of the most common misconceptions about Freemasonry – and there are many of them – is that you have to be invited to join. There is absolutely no reason why you should not ask to join – in fact that is the correct procedure.

The Regular Meetings of the Lodge are held on the
3rd Wednesday in January,
2nd Tuesday in March,
3rd Thursday in May (Installation) and
1st Thursday in November
of each year at such hour as the Master shall direct

Read about the latest updates and changes, related to our brotherhood

Thousands of women will be aided by £200,000 grant from the Freemasons to National Domestic Abuse Helpline.

Thousands of women experiencing domestic abuse will be able to gain help and support from Refuge’s 24-hour National Domestic Abuse Helpline, thanks to a major grant from London Freemasons and other Provinces.

The Freemasons have signed the Armed Forces Covenant during a ceremony at Freemasons’ Hall in Covent Garden on 20 October led by His Royal Highness, The Duke of Kent.

As I pen the Foreword to this first full hard copy edition of Arena for the past eighteen months, I do so hugely excited that we are once again able to return to our beloved London Freemasonry, which I know we have all so missed during the dreadful Pandemic that our world has been through.

Thousands of women will be aided by £200,000 grant from the Freemasons to National Domestic Abuse Helpline.

Below you can find information, related to our latest events and activities

To quickly get in contact with us with any questions or enquiries, please refer to the form below